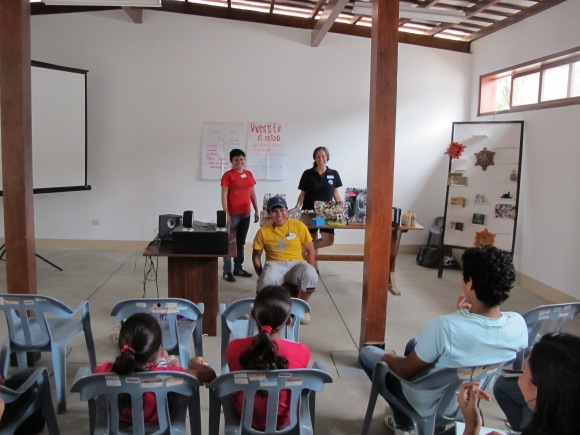 this past few weeks i have been working on my vacciones útiles programs…literally meaning “useful vacation.” because most youth are either planting rice or traveling to lima in january, we waited to begin until the end of january and will continue them until the beginning of march. i have two official programs that i am working with people in my community with. 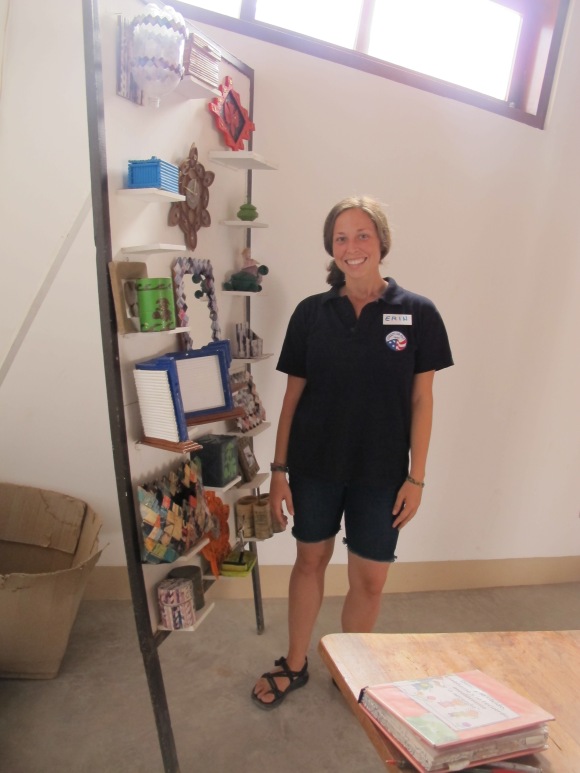 me with the different project examples.

the first, pictured above, is my environment group. there are 25 participants with ages ranging from 10 to 32. when originally conceived and gained approval from museum administration, i wanted to bring more environmental awareness to the community, and even have a few “clean the pyramids” days and a couple of art shows made from recyclable items with entry being paid with recyclable items…we would then sell the recyclables, and use the profits to pay for a beach day. however, as with most things in the peace corps, it changed and now it is namely a group that is learning how to reuse their recyclables into other objects, which still has a great message to it. and honestly, it is nice to be able to show up and craft with a group of eager youth. and it’s been fantastic getting to know some more youth in town. 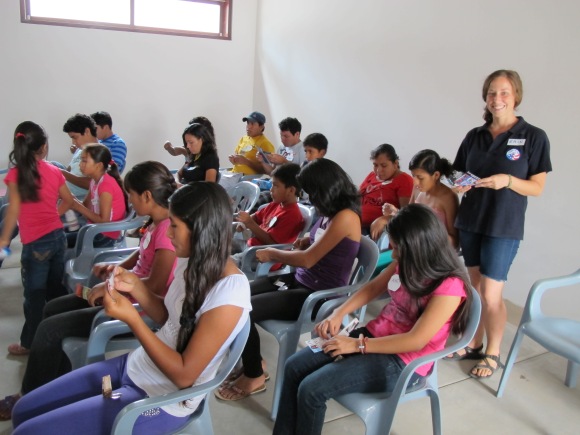 for our first project we have been making bags from used catalogs. it should be noted that peruvians love catalogs. in fact, as i have gone around town collecting used catalogs, i have been corrected almost all occasions that they are not catalogs but magazines. but really, they read those things like magazines…needless to say it’s been a bit of a challenge to find them. the making of the bags is actually quite tedious, and i think i have spent over 15 hours on mine…and i am still probably at least 2 hours from being done…but i will post a finished product. we will start our second and final project next week, making traditional mochica art out of paper pulp! 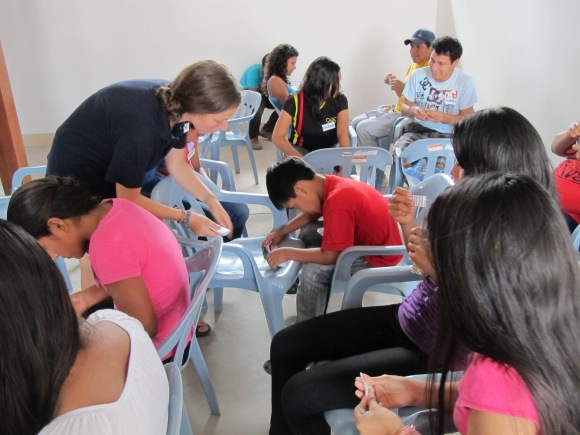 not pictured…and honestly…not happening anymore (again, normal peace corps experience) is my pasos adelante group. honestly, the fact that this first try failed was a little bit of a disappointment, as i had been preparing for this for months, and hope to make this my primary project in site. however, it was just my first try, so there will be other ones. it is a health promoters leadership group…and one day there will be hopefully numerous ones in tucume. anyways, it started with a really strong showing. when i went to the classes to promote the group, i had 55 sign up, and having to wait almost a month the start the group, i still had about 20 show up for the first meeting. then my town’s fair happened, and it quickly dropped to 3 and then to 1 and then it just stayed at 1. and you know, that’s okay. at least one person was excited about the group, and i am reworking the work plan to present to the school with the health post this week, so that we can incorporate it into the school year.

also, thanks to the awesome feria…not complaining too much…because it really was awesome…but it’s even more awesome that it’s over…my cultural group that i was working on with a few other people has completely fallen by the wayside, but one thing that my community is starting to learn is that i am pretty persistent…so next week we will start discussing this cultural group again. woo! anyways, life has been busy. and it continues to be so with work being aplenty…even with the trials and errors, but that is the name of the game!