march to the penguins.

this past saturday some friends and i finally decided to see if the rumors were true…that there are penguins in puerto eten. being the great planners we are, we started our adventure by asking people where the combis were for puerto eten. why did you have to ask multiple people? wellllll….let’s just put it this way, we got about 10 different directions, so we slowly put it together. once we got there, we just started on a path on the beach. this was my first time to the ocean since being at site, and oh my goodness, it was needed…and i will probably start needing to frequent it. 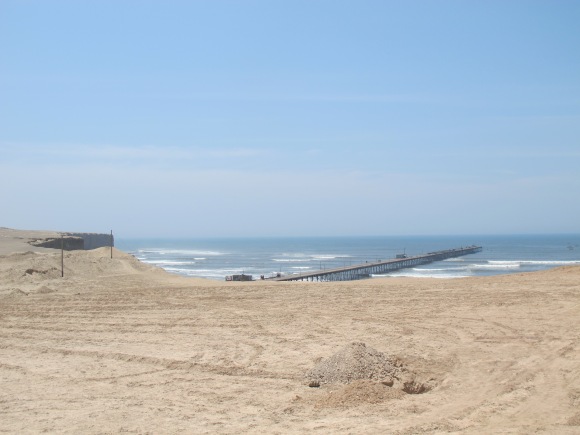 our path along the beach was, apparently, the path less traveled as we were going up and down a lot hills and cliff-sides  but i will say that it was probably the prettier of the two paths. we also made sure to be super safe in our adventures, ergo of course we climbed on the rocks! 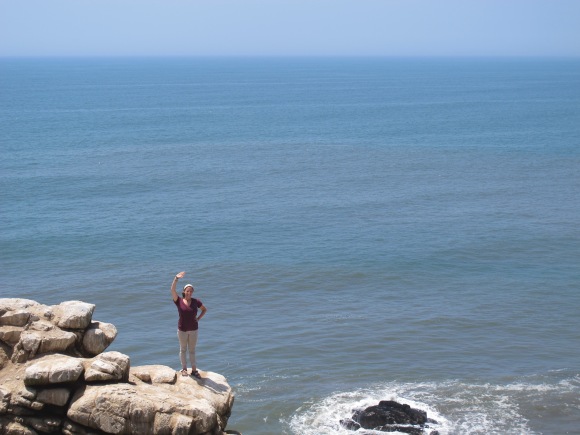 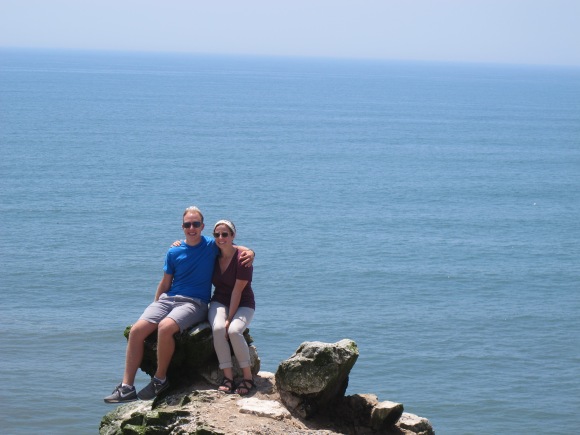 eventually, we reached a strange looking shack with bags around it with a penguin-looking symbol drawn on it. so we asked where the penguins were, to which the guy replied, “do not get any closer, there are dogs. and the penguins are at the bottom of the cliff.” so, we hurriedly made our way down the cliff. as it turns out there is an obnoxious green fence surrounding them, as they are an endangered species and they working on repopulating the breed. so, the view from above was great, and you could make out their outline on the ground. but the best part of this adventure was being the only three people on such a quiet beach. we ended up chasing some waves and just hanging out and getting sunburned from our fun in the sun. needless to say, it was a little day-cation…or really half-day-cation, but even that much made all the difference in the world. 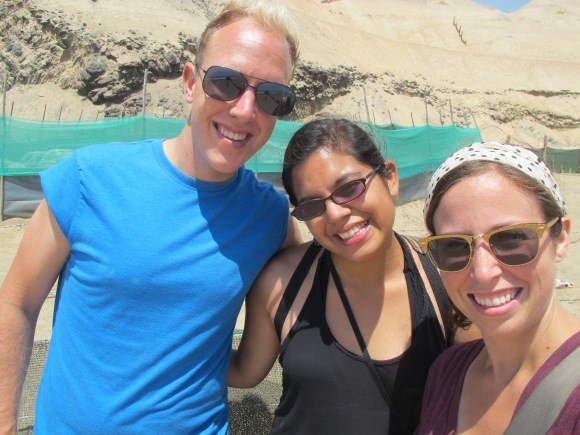 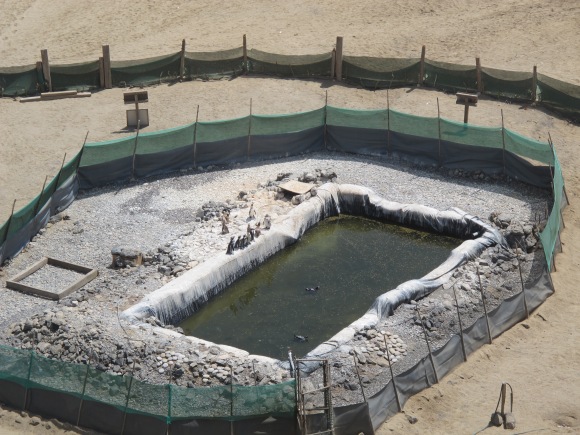 i will be back there in just a few short days. in less than two days my first visitor arrives and i could not be more excited. i am excited to share my day-to-day nuances with someone, have them meet my community, and i am just excited to spend some overdue time with them. so if you don’t mind. i think this is my sign-off until the new year. i hope your holidays are merry and bright. i know mine will be, and i will update you on all that happens between now and then, but for now i have a dream boat to attend to.

2 thoughts on “march to the penguins.”