last week, after returning from almost two weeks out of site, i jumped right back into work! i started out by going with doris door-to-door doing mini charlas on vih and conducting hiv tests. we chose to go door-to-door because only women come to the health center, so the hope was that we would be able to catch some men to take the test. even though we were able to talk to men about the test, almost all still refused to take the test…another perfect example of the machismo culture…also they were normally the most fearful of the brief pain of the test…ha. 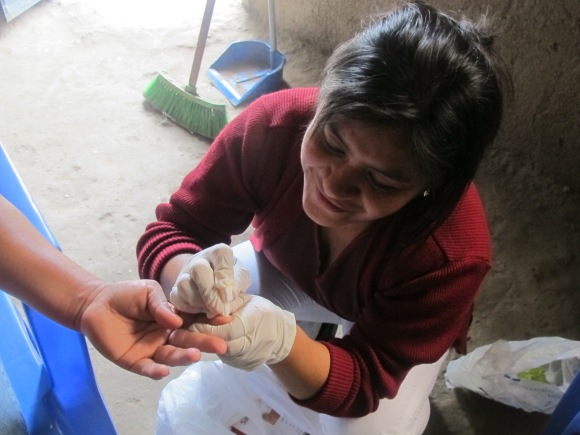 administering the rapid test. the test is quite simple… 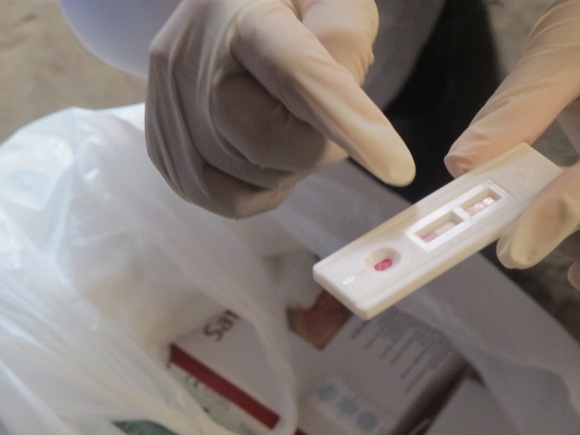 during eist, the obstatrices gave a few charlas at the colegio and even included the dinamicas that i shared with them. as a way to celebrate the end of the charlas and testing week, we planned a pasacalle! peruvians love their pasacalles! in typical peruvian fashion the 8 am pasacalle didn’t start until 10 am, BUT it was still a success. tons of literature was distributed as well as condoms. hoorah! 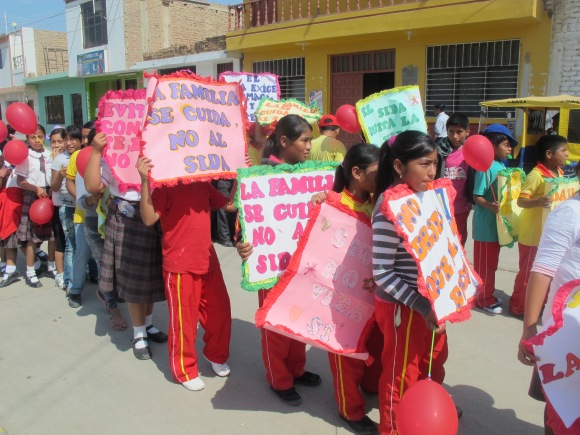 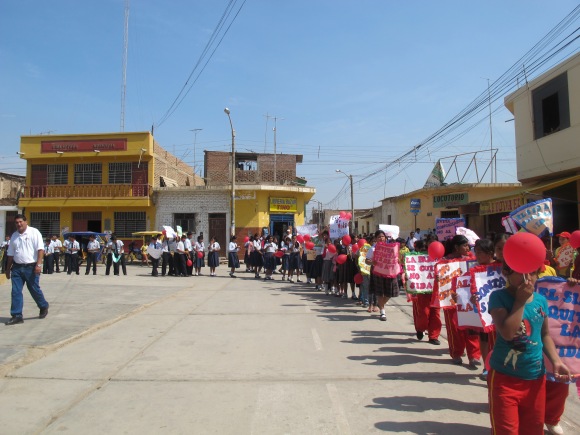 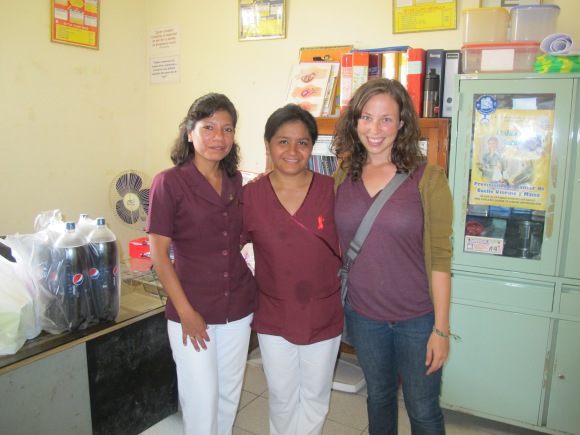