last saturday, a couple of others from the hauscaran crew decided to hike up the neighboring “hill” (read: mountain for this texan) to go check out the view and to see the giant cross. 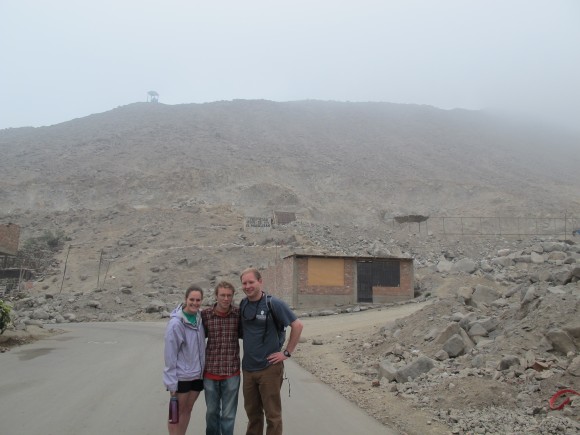 my fellow adventurers. with the destination up above. and a nice view of my barrio.

given that we are in a small barrio, it was a given that there probably wasn’t going to be a trail equivalent to one that would be found in the states, but we are an adventurous and resourceful group and found a dirt road leading to somewhere up the hill. 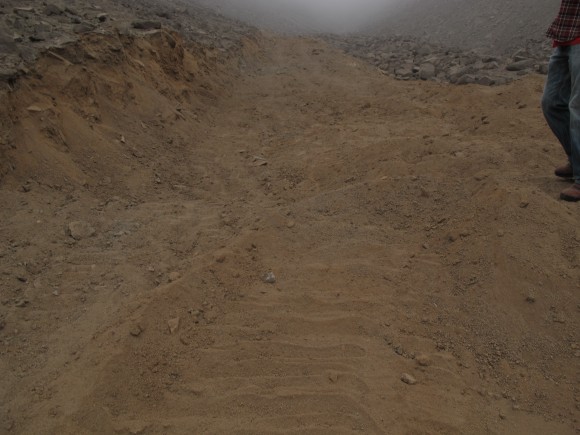 after a very steep incline, the road ended and we were essentially left with a steep rock incline that bascially involved being on all fours as we climbed our way up. 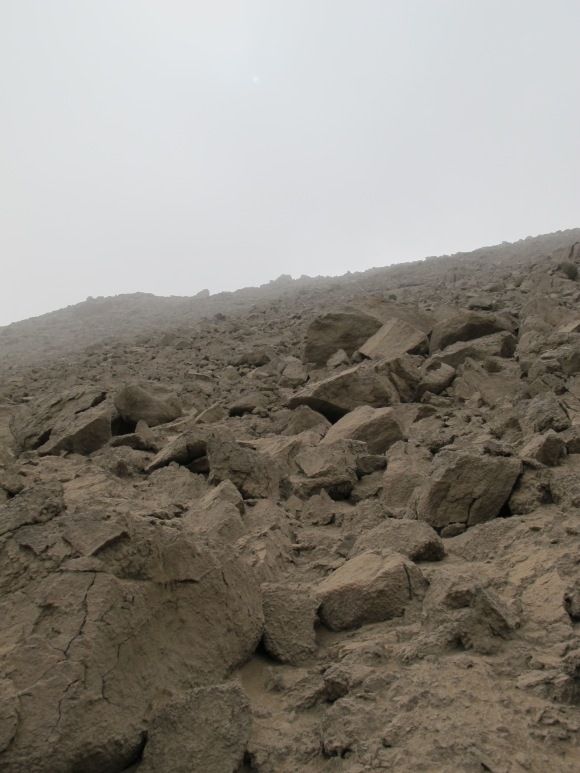 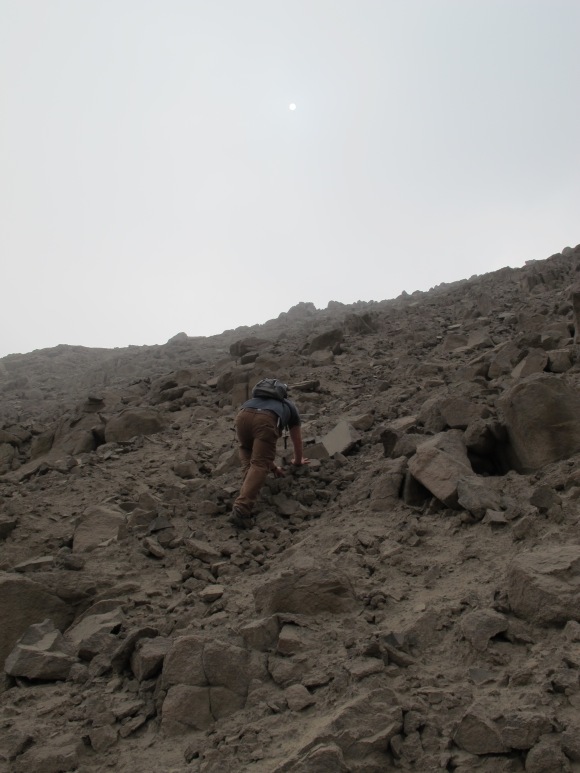 michael working his way up. 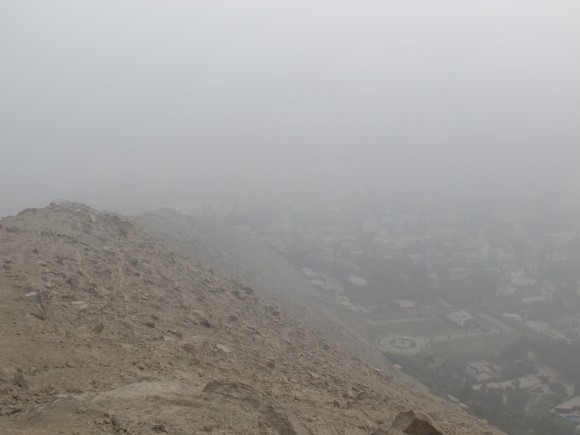 the view from above. 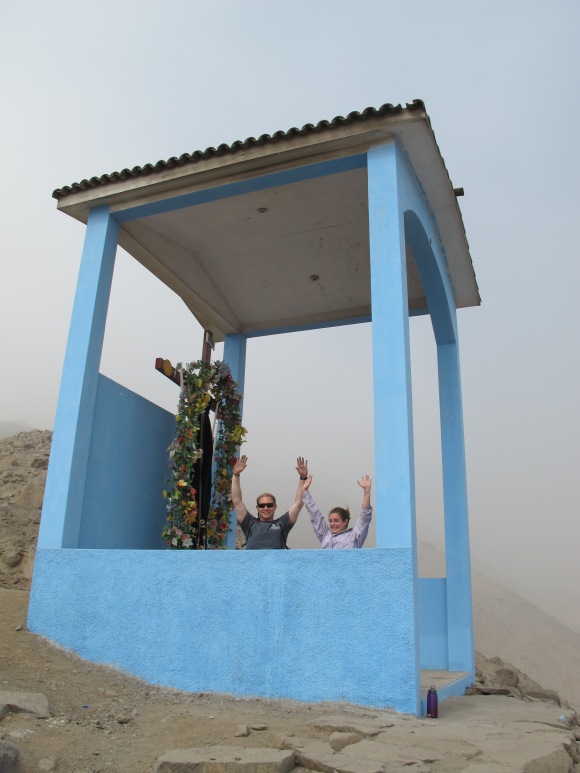 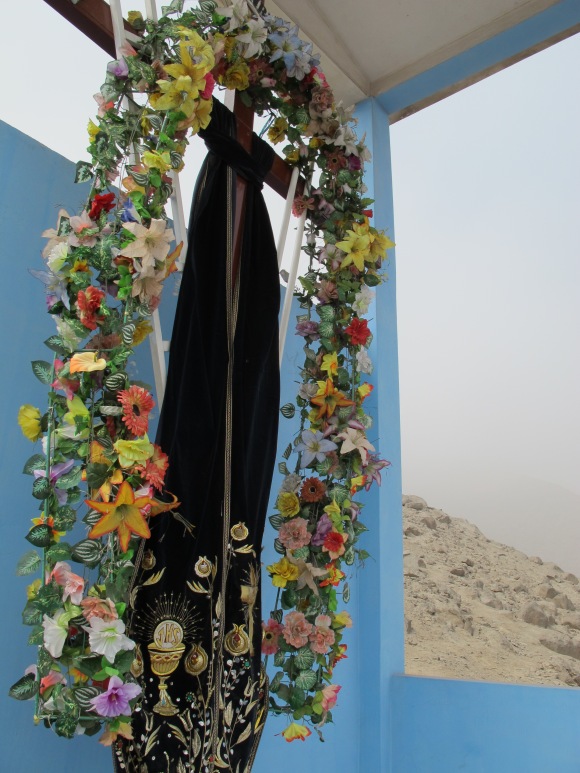 finding our own religion. 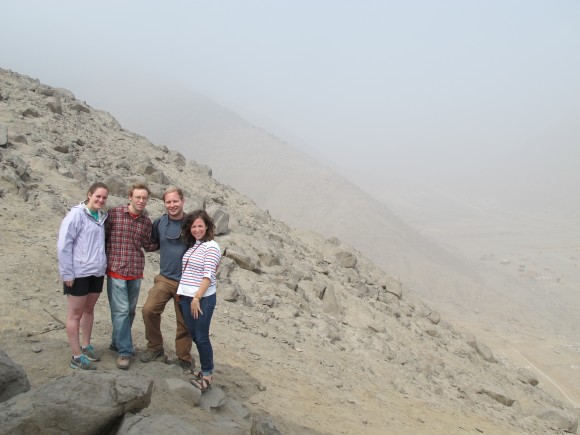 the hike was worth it, and especially welcomed by me. the view was great, as one side of the hill was a view of a typical barrio and the other of the extremely large, nice houses of chaclacayo. it made for a great first week story. when i got home and told my mom, she thought i was a bit strange for being so adventurous, but i think at this point my mom finds most things i do strange.